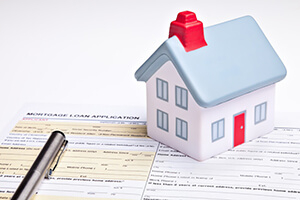 With an “adjustable-rate mortgage (ARM)” borrowers can have a lower initial interest rate on their home loan, which translates to lower monthly payments for a specified period of time. As the term already suggests, its interest rate can move up or down, depending on how the market performs.

The entire interest rate isn’t subjected to change though. A portion of it, called “margin,” won’t change, and this applies to all ARM loans. A major mortgage index (Libor, COFI, or MTA) directly influences margin, although a number of mortgage companies and banks allow their clients to choose the index (the portion of the interest rate that can change) they prefer.

In many cases, lending institutions offer a low initial interest rate, also known as “teaser rate,” for a specific period of time. The deal can last for the first year, or the first three or five years. After this, the loan will adjust to the agreed-upon full index rate (index plus margin).

In order to figure out the fully-indexed rate of an ARM, borrowers only have to add the margin (found in the loan documents) they agreed to with the current index price (found in web-based publications and newspapers). It’s also important to consider payment caps, as well as the factors that dictate how and when the mortgage interest rate moves.

A lot of consumers make the mistake of overlooking the margin, which actually has a considerable impact on the overall costs of an ARM. All home buyers who want to get this type of mortgage should carefully look at both the index and the margin as even the slightest difference can already mean hundreds, even thousands of dollars in cost.

To prevent drastic increases, adjustable-rate mortgages come with adjustment caps. These limit the amount of change applied on a rate for a certain period of time. The three main types of caps include the following:

Adjustable-rate mortgages come in different types, from one-month to 10-year variable-rate home loans. The risks widely vary, which is why home buyers should practice caution when choosing a loan.

Most homeowners opt for an adjustable-rate mortgage because of the lower initial costs. Many ARM borrowers also just refinance their loans after the teaser rate ends. In some cases, home buyers choose this type of loan because they have no plans of residing in it for more than five years.

The Federal Reserve Board: http://files.consumerfinance.gov/f/201204_CFPB_ARMs-brochure.pdf