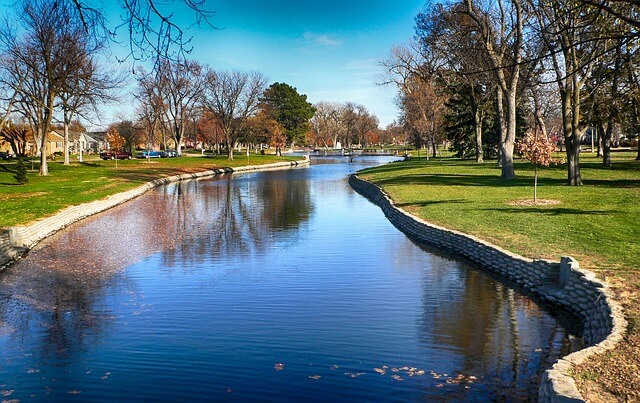 As long as you own and drive a motor vehicle in Nebraska, you have the legal requirement of satisfying the state’s auto insurance laws. In other words, you should have and maintain the minimum required liability coverage. With a Nebraska car insurance policy, not only will you avoid receiving penalties but it will also help you pay for road-accident-related expenses.

The average cost of car insurance in Nebraska

The National Association of Insurance Commissioners (NAIC) claims that the average person pays roughly $638.74 for car insurance in Nebraska each year.

They broke this figure down to:

Our methodology determined that a young driver in Nebraska can expect the following premium averages:

A primary factor contributing to the high cost of auto insurance for young drivers is their lack of experience. Statistics show that young people have a higher percentage of getting involved in road incidents, which is why insurance companies consider them high-risk.

A female driver can expect to pay the following yearly premium averages:

Our case study revealed that women typically pay less than young motorists because they drive more safely and prudently. It also has something to do with where they live. We found that a female driver living in Lincoln, the State Capital, with an estimated population of 277,348 (2015, latest data), can pay as low as $27 a month.

Senior drivers can expect their premium averages to amount to:

The results we gathered show that older adults can pay even less than female motorists. Of course, this will still depend on a myriad of variables, such as the type of car they drive, claims history, and if they have taken additional driving classes.

As someone who lives in and possesses a car in the State of Nebraska, you should make certain you have sufficient (and mandated) motor vehicle insurance coverage. Liability insurance is the only type of coverage required by the law, although you have to purchase the required minimums for it.

For you to comply with the state’s laws, make sure your policy has the following minimums: $25,000/person for bodily injury, $50,000/accident minimum for total bodily injury (applies to accidents wherein more than one person gets hurt), and $20,000 for property damage.

Maintaining these required coverage minimums will ensure your continued protection from legal liabilities. However, you should still consider purchasing even just the minimums for some of the other types of coverage available in Nebraska, including collision coverage, comprehensive coverage, medical payments coverage, and uninsured motorist coverage.

Although the State of Nebraska has regulations less rigorous compared with most of the other states in the country, you should not take the laws surrounding car insurance here lightly. Know that when you get caught using your motor vehicle despite not satisfying NE’s automobile insurance laws, you can expect the authorities to charge you with several penalties.

Even if you get caught only for the first time, you can already expect a suspension of your car’s registration, driver’s license, and license plates. The only way you can have all these three reinstated is upon dealing with the associated penalties.

According to the National Highway Safety Administration, a total of 246 fatalities occurred in Nebraska during the year 2015. 26 percent of this, or 65 cases, falls under the category of deaths due to alcohol-impaired-driving. This number represents an 8.3 percent increase from the year before.

The Centers for Disease Control and Prevention further reports that within the years 2003 to 2012, the number of vehicle occupant fatalities in the state totaled to 2,034. Many of these deaths have something to do with failure to wear restraining seatbelts. According to the CDC, only 79 percent of the total population in Nebraska wear these protective gear; 7 percent lower than the national average.

In comparison with car insurance laws in other states, Nebraska may not have as extremely rigorous and strict regulations. However, this does not mean you should just completely avoid it. Doing so just puts you and a lot of other people at risk. It really does pay to have more extensive auto insurance. For more information on car insurance, click here.