HO-2 policies cover homeowners for up to 16 “named perils” – 6 more perils than HO-1 policies. HO-2 plans protect the home against the most common forms of damage and some policies include extras such as personal liability and medical coverage. HO-2 policies should only be considered if you need less coverage than a standard HO-3 policy but aren’t satisfied with the minimal coverage provided by an HO-1 policy.

HO-2 insurance plans tend to include 16 basic perils. These perils are the only forms of damage you can file a claim on for your property. If the perils are not listed on the “named perils” policy, this means you won’t receive compensation. Open-peril policies such as HO-3 cover homeowners for all possible perils including earthquakes, nuclear war, wear and tear, and rare forms of damage not included in HO-2 plans.

Insurance companies offering HO-2 home insurance plans cover a standard 16 perils. Below we’ll have a look at the 16 perils included in a standard HO-2 policy. If you live in an area where the only possible damage to the home could occur from one of these 16 perils, you should consider purchasing an HO-2 policy.

The following are the standard 16 perils covered under every HO-2 policy, the first 10 are covered by HO-1 policy as well:

The following are 6 extra perils are covered by HO-2 plans, but are not included in HO-1 policies:

Pro Tip: Make your decision based on whether the named perils provide sufficient coverage for your home. If your home is in close proximity to water, you should consider opting for a more advanced plan that will cover flood damage as well.

What HO-2 Homeowners Policies Do NOT Cover

HO-2 homeowner’s policies protect against the most common perils, but there are few things you should keep in mind before choosing an HO-2 policy over an HO-3 policy. For instance, while an HO-2 policy will cover basic water damage caused by plumbing/HVAC system leakages, it won’t cover water damage caused by floods of sewer backups. This could be a major downside for people looking for complete coverage for their home. The following is a list of perils not covered by HO-2 homeowners policies:

The main difference between HO-1 and HO-2 homeowners insurance is that HO-2 plans provide coverage for 6 additional perils: falling objects, water damage, snow damage, heater damage, electric current damage, and pipe damage. They’re both similar in the sense that they’re ‘named-perils’ policies which means you’re only insured for the perils listed on your policy. Losses that occur outside the list of perils are not covered by the insurance company.

HO-3 policies (used by 80% of US households) are different than HO-2 policies because they provide “open peril” coverage as opposed to “named peril” coverage. Open peril means that the company will insure your home against all possible damage. This is irrespective of whether the damage was caused by theft/vandalism or natural causes.

Open peril policies are all-encompassing and protect your home against all possible perils. HO-3 policies are the default for insurance companies and they are superior to HO-2 policies, but if your home doesn’t require additional peril insurance, then an HO-2 policy should serve you for all your insurance needs. 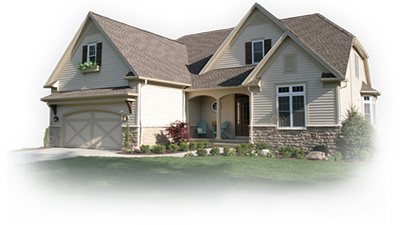