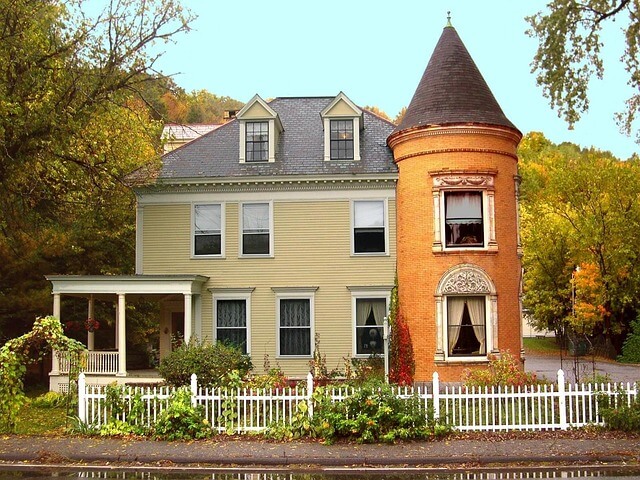 Of all the many different investments you have, your home in Vermont is one of, if not the biggest and most expensive you have ever made. And it also houses many of the other things you spent money on your personal belongings and other valuable properties.

This is one of the major reasons you should consider having an extensive Vermont homeowners insurance policy as an integral part of your life. This gives you peace of mind knowing that, in case something disastrous happens that may result in damage or loss, you’ll receive assistance to help cover repairs or replacements.

The most important parts of policy you should familiarize yourself with

As the Vermont Department of Financial Regulation pointed out, although policies vary in terms of structure, they basically still consist of the same components. In the State of Vermont, this type of insurance comprises of six different parts, namely: (1) The Declarations, (2) The Definitions, (3) Coverages, (4) Exclusions, (5) Conditions, and (6) Endorsements.

Grasping their basics and essentials will allow you to better understand your policy, which is important not just because you’re spending money on it, but also because it plays such a huge role in safeguarding your biggest investment (and all its contents).

Vermont homeowners insurance policies present information about the inclusions in the Declarations Page, the part that usually takes up the first page (or first few pages) of the paper document. You should take the time to read this component, as it tells you what comes with your policy: from the types of coverages you have to how much you’re paying for.

As the term already implies, “inclusions” refer to the perils (events, situations, or circumstances that can endanger humans and damage properties) covered by a policy. The coverages you have, or the named perils, all depend on the specific kind of policy you have, as well as the additional insurance you obtain.

For instance, Basic Coverage Form (HO-1) holders have dwelling and personal property insurance against lightning, fire, malicious mischief, and vandalism. It also comprises of the “Extended Coverage Perils,” which protects against riot, explosion, smoke, hail, and windstorm among many others.

The more extensive policy options you can opt for

From the above-discussed list of perils included in the Basic Coverage Form, you can see that this specific kind of Vermont homeowners insurance can be quite limited. Fortunately, you have all the right to upgrade to the more extensive forms, such as the Broad Coverage Form (HO-2), or the Special Coverage Form (HO-3).

The HO-2 Form provides coverage for all the named perils in the HO-1 Form, plus protection against the following: falling objects, the weight of snow, sleet and ice, volcanic eruption, as well as the freezing of appliances or plumbing system. It also helps cover repair or replacement costs associated with damage to water heating systems, damage from appliances or plumbing, as well as damage from artificially generated currents.

The Special Coverage Form, on the other hand, provides dwelling coverage for almost all perils (known as open perils), making it the most extensive and robust form. Its open perils coverage applies to anything that would cause loss, except specific exclusions, including floods, nuclear accidents, or wars.

Vermont has seen its share of destructive natural disasters, such as the Tropical Storm Irene, which resulted in major losses. According to the Flood Ready Vermont, this single event caused $603 million in federal outlays, $153 million (local and state), and $63 million in insurance claims.

You definitely don’t want to be part of the statistics, so knowing exactly what your Vermont homeowners insurance policy covers and doesn’t will provide you with the opportunity to upgrade your policy and make it more extensive.